Porkkala is the culturally and naturally rich treasure of Helsinki region. Spending a day and night by the sea in one of the most beautiful seascapes on Finland’s coast. In the spring and autumn, when migratory birds fly over the area in large flocks, the area turns into a birdwatcher’s paradise. It was our first overnight wilderness camping. The weather was not that supportive. It was raining and cold at 5 Degree in the morning and in the night it dropped to close to 0 Degrees. But with the right camping gear we managed. Here are some details about Porkkala

Porkkala has been populated already in the Bronze Age. There are still traces from that time; several burial cairns are located at the Cape of Porkkalanniemi and at the island of Träskö. Dozens of wrecks in the areas waters tell the tales of sailing over the course of centuries. Some of the wrecks date back to the Middle Ages. To protect the wrecks, it is not allowed to anchor to the northern parts of the Träskö island. Porkkala was momentarily one of Finland’s national parks in the 1930s before the area became leased for the Soviet Union. After the Continuation War, during the Moscow Peace Treaty in 1944, it was concluded that Finland will lease Porkkala area for the Soviet Union for 50 years. Porkkala area was strategically important for the Soviet Union because it is the narrowest part of the Gulf of Finland. In addition, Porkkala is located close to Finland’s capital. When the lease came into effect, many had to evacuate quickly and leave their homes. The lease did not last for 50 years as Porkkala was returned to Finland in 1956. When weapons developed, and political climate changed, Porkkala was no longer a strategically significant place for the Soviet Union. The ruins of the times of Soviet Union can still be seen for example at Träskö island. 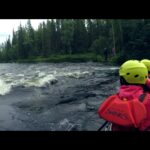 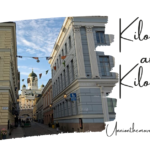 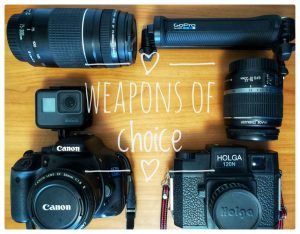