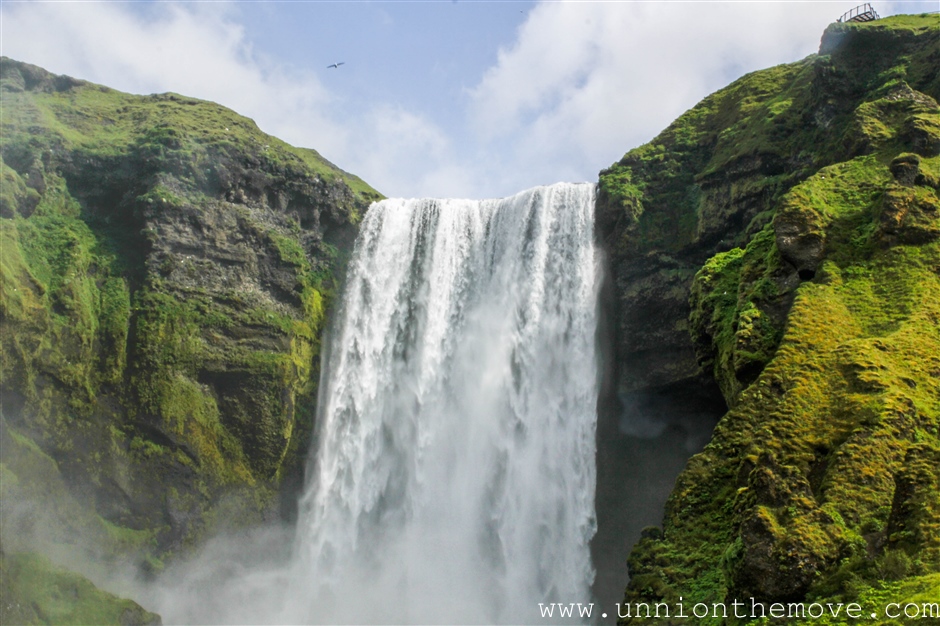 Waking up early ,  the last day was important as we had tight time schedules to keep. The first area which we would cover was the west side of Vik, where we could see the Basalt caves and the hexagonal rock formations on the black sand beach.

If you  reached here and it doesn’t make sense, it is part 5 of the five part series of Iceland in 5 days. Click here for Day 1

Waking up early ,  the last day was important as we had tight time schedules to keep. The first area which we would cover was the west side of Vik, where we could see the Basalt caves and the hexagonal rock formations on the black sand beach. The view from the cliff at Dyrhólaey is not to be missed , as it gives a nice view of the whole Vik’s black beach area and its surroundings. A view from Dyrhólaey The basalt caves of Vik

The next destination was not on the top 10 list of visiting Iceland but a secret till a few years back , but now is on the brochure of Visit Vik. On going east you will see the plateau like mountain named Petursey. Once you pass that , an exit to the right Route 222 which will take you to Solheimaheidar. Now keep your eyes open to the left  , there is a small road only accessible by 4×4 vehicles. There is no big board, only a small white board which is not legible when passing by in the car.  Once you take that road 4Km towards the sea is the Plane wreck. It’s not visible until the end as it’s after a small dip. The isolated plane crash location in the south of Iceland

Once the visit was done , we went past the Skogafoss water fall and a visit to Iceland is not complete without seeing this water fall. There was very big rush there as the proximity to Reykjavik  means that every one on a stopover in Iceland will visit this waterfall. A camping site just next to the waterfall meant a nice view once you put up camp. If you are up for it , you can climb up to the top of the viewing tower from where you can get a nice view of the water fall and the surrounding landscape. The Skogafoss waterfall with the viewing point visible on the top right hand corner. We had half a day now to see the Gulfoss waterfall and the Strokkur Geyser , before we go to the Blue lagoon spa where we could spend some time before , catching the flight back home. This meant getting on the golden circle route. These might be the most visited locations in Iceland and thus we were expecting lot of tourists there and we weren’t wrong. The Strokkur geyser was a treat to watch and my intention to get on camera the swell before the geyser eruption succeeded after spending time there to see at least 8 or 10 eruptions.

The Strokkur Geyser in the Golden Circle

The Gulfoss water fall might not look as big as you have read at first but standing next to it , you see how more wrong you could have been.  The 2 or 3 staged cascading of water , is powerful and is  more faster and ferocious than the Niagara water fall on the other side of the Atlantic. Only young rivers have waterfalls in them and Iceland being a young country , the whole place is full of waterfalls as the rivers are also young. There was  an interesting  story about a lady who fought against making this water fall into a Hydro power plant and about the farmer who didn’t sell the water fall to the British who wanted the place for the same reason. The panoramic view of the Gulfoss waterfall

Well that’s it every one. It was a truly amazing driving experience and after an eventful 5 days on the road in Iceland , trekking camping and with trip out to the seas.

The road we covered during Day 5 is as shown below.