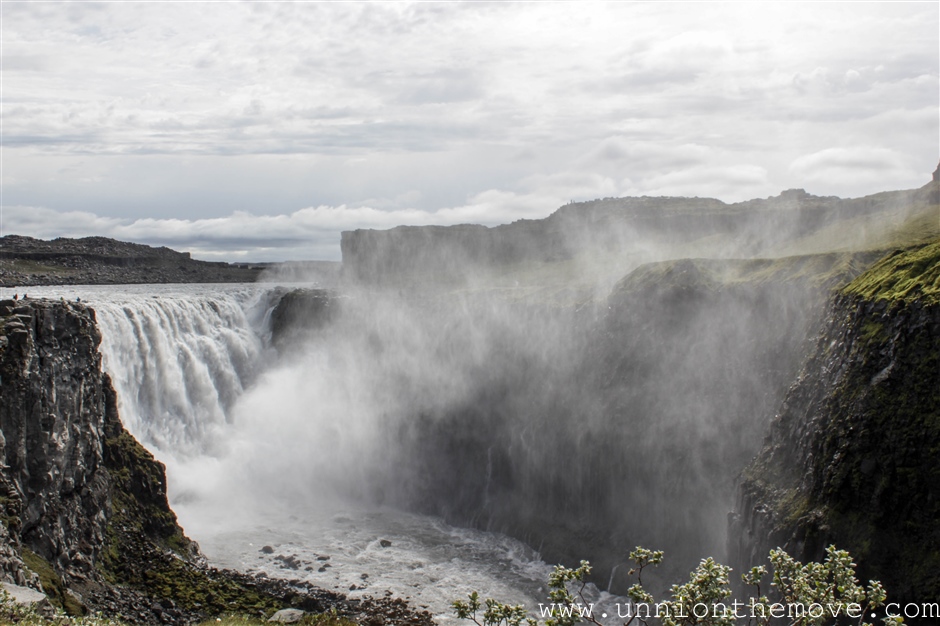 Well the Iceland weather was still cloudy , but we managed to catch a glimpse of the mighty blue whales it self , not one, but 6 of them!!

If you  reached here and it doesn’t make sense, it is part 3 of the five part series of Iceland in 5 days. Click here for Day 1

We went with the Gentle Giants whale watching , which is one of the top two in the Town of Husavik. They guaranteed , 98.9 percent success for catching a glimpse of this whale in open oceans and we went with it. After a hot coffee in the morning , we were up for the experience of a lifetime. Unlike  the usual whale watching tours we would go in the speed boats so that we can cover more area and get a closer look. Obviously , the brochure said they don’t promise anything. Well the weather was still cloudy , but we managed to catch a glimpse of the mighty blue whales it self , not one but 6 of them!!

Here are some photos of the whales we saw. The ‘Blue’ whales are actually dark grey or black in color.

The visit near to the Puffin island was also interesting , but as these guys were fast and thanks to low light , I could capture much on the film.

Two blue whales together spraying out of their blow holes

A mighty blue whale about to take a dive with its blowholes visible.

I read somewhere that only 5 percent of the world population could get to see a blue whale because of their dwindling numbers and also because of how difficult they are to spot and since they communicate over long distances, chances of seeing them together are rare. I got to photograph two of them together ,we  also saw 3 together , but I was enjoying the moment, rather than photographing. The whale  expert Sandra , who was our guide, was originally from Spain and had come here to do some research on the whales. She helped us identify what we were seeing based on the small fins on the blue whale and the colors of it. Puffins taking off near the Puffin Island in Husavik A blue whale closeup with its small fin visible

After the whale watching experience , we had to be back on the road immediately,  as our list was still full of things to see in the North of Iceland. Our first stop was the uniquely shaped Ásbyrgi Canyon. We took a trek down to the small pool at the end of the canyon . We had to see the mighty Dettifoss waterfall next up and that meant driving through really bumpy and rough road for around 40Km. The undulations on the road made it very difficult for normal 2 wheel drive vehicles. We saw a lady struggling to drive through the road in a Chevrolet Beat.  They were ‘sloughing’ through to the water fall and they reached the water fall just by the time we were leaving after spending a good one or one and a half hour there.

For people who don’t  know this water fall, it is the one from the movie Prometheus, engineer scene , directed by Ridley Scott, where the alien  is seen disintegrating  and spreading his genes into the water. A short trek down the mountain will take you to the waterfall. If you go further there are smaller waterfalls like Selfoss. The rocks covered with moss near the Krafla lava fields The road which leads to Dettifoss waterfall The hot pools with rocks boiling near Myvatn

Before reaching our destination which was Egilsstaðir , we had to cover the place named Myvatn, which is one of the most geologically active regions in Iceland. We visited the Krafla lava field and Hverarönd where we  could see the hot pools , we started our journey. As the weather was on the colder side on that day , we couldn’t camp and had to look for accommodation , that took us down South east  outside the Route 1  on route 92 and then 96 , before arriving late at the place where we stayed. We discovered the gem of a place to stay . Say it coincidence , we stayed overlooking an amazing mountain range and the care taker of the house Ms. Incca was very helpful in giving us some local knowledge of Iceland. This was also an opportunity for us to stay in a typical Icelandic house overlooking the harbor in this small fishing village of  Stöðvarfjörður in the south eastern Iceland.

The panoramic view of the fishing town Stöðvarfjörður

Here is the road map of Day 3